Another year is in the books. I've been wanting to write more of these retrospectives for a while now. I wish I would have started in 2020 since I don't remember another time in my life when so much happened. End of the year is always one of my favorite times of the year. It feels like everything slows down a bit and gives me an opportunity to reflect on the year and think about the things I'd like to accomplish in the following year. Here's a bit about the the things that went well, things that didn't go well, and things that could have gone better.

Thinking back to 2021 and what I was hoping to do in 2022, I realized I missed the mark on a lot of things. I mostly wanted to focus on improveing my overall health, both physically and mentally. While I didn't hit my target goals from a physical standpoint, I did do a few different things worth celebrating that helped a lot with my mental health.

In 2022, I started taking a few different courses to learn new creative hobbies as well as additional technical skills that I sometimes don't practice as much as I used to anymore.

I took an introduction music production class. I love electronic music and when I was younger, I really enjoyed DJing and the art/creativity behind it. It was mostly basic but a good way to get me excited about it again. The class focused on learning the basics of Ableton Live and the Push 2. I hope next year I can continue to practice and learn more. It would be awesome to create something and publish it just for fun.

I also signed up for Zero to Mastery to take various different technical courses. So far I've enjoyed the content and have mostly focused more on completing some of the programming courses on Python/Go. Next year I'd like to dig a bit more into cloud security type of content.

During the peak of the pandemic, it was common to stay indoors and do more things with our partners and/or the people we lived with. It was no different for me. However, since 2020, I feel like I have done more things with different people in 2022 and even met new ones along the way!

I love food. I love it even more when combined with great company. This past year, we had BBQ at friend's places several times throughout it. Always amazing! We also made more of an effort to plan lunches/dinners and meet up with friends more regularly. We also went to a house gathering/wine party where we met a few new people, which is always great!

Speaking of wine and parties... last year we attended our first wine club event in Sonoma County. We started drinking more wine since 2020 but never attended any of the events they had. Merriam Vineyards is one of our favorites because its not pretentious like other places we've been to. In fact, it always feels more like a home away from home. Merriam had a fall wine party that we attended and enjoyed very much. We also met a couple who we kind of hit it off with and even grabbed dinner with after. It's moments like these that I hope to continue to have more of in 2023.

Lastly, we also stayed at Timber Cove to disconnect a bit along the northern coast. We highly recommend this spot. The porperty is beautiful and the views are breathtaking. You're literally sitting next to a fire pit facing the ocean having wine and watching the sunset. While doing so, we also met another couple that were really cool to speak to and get to know a bit. We'll definitely be reconnecting when we're back up in wine county.

I guess if I had to summarize this section a bit, I'd say it was a year where we connected a lot with existing friends but also opened up a bit more to meet new people regardless of where we are or who we're with. Looking forward to more of this next year!

Had some new experiences

I consider myself someone who is generally a risk taker except when it comes to new adventures. It's not that I don't like to try new things, but rather I try to consider the risk of something going wrong vs. the joy of it going right. If the risk (in my head) is greater than the joy I'd get out of doing the thing, I may skip out. Well, I did two things that I kinda had a bit of fear trying.

Earlier last year, I went skiing for the first time with a small group of friends. We went to Lake Tahoe and stayed for a couple of days to ski at Palisades Tahoe. This was my first time going to Lake Tahoe as well as skiing. We took a class and mostly spent our first time there on the bunny hill learning the basics. It was fun but I am not sure that I would try it again. I'm still glad that I gave it a shot and tried something out of my comfort zone.

The second thing I finally did (don't laugh) was get my wisdom teeth pulled out (all four of them!). Believe it or not, I had been holding off on doing this for so long because I feared something going wrong with going under and possibly not waking back up again. However, I had the best experience at Mynsberge, Ruggles & Yang in Greenbrae, CA. Dr. Ruggles was awesome and walked me through everything that would happen and addressed all of my concerns. I wish I would have done this a lot sooner but glad it's finally done. I had no discomfort whatsoever and turned out to be much, much better than I could have ever imagined. If you're in the area, I highly recommend them!

Lastly, we did a few different things that we hadn't done in quite a while that we also enjoyed. 2022 was the first year we skipped Thanksgiving in Chicago. Instead, we drove down to Santa Barbara and made a weekend out of it. It was fun! We also went to Disneyland California. I've been to Disney World but never to the park out here in California. We also went to our first concert since prior to the pandemic as well as to our first Opera in San Francisco and Plate by Plate SF event to help support local Asian American non-profits.

What didn't go so well?

On July 30, 2022, we had to put our family dog to sleep due to an aggressive tumor that came back within a month or two after having had surgery to remove it. While it was very sad, I was happy to have been able to be with my family in-person while our dog was put to sleep in their home where he was raised and spent his entire life in. I think that was very comforting for all of us, including our dog. May he rest in peace.

From a personal goals perspective, I didn't read very much this past year. I really want to try better next year. I only read one book - The Cuckoo's Egg: Tracking a Spy Through the Maze of Computer Espionage by Clifford Stoll. It was a great book that was hard to put down. Highly recommend it if you're into those types of books.

What could have gone better?

Lastly, there are a few things that come to mind that I think could have gone better. While I'm glad I started to take more fitness classes on ClassPass, I wish I would have started sooner. I've never really been a fan of group fitness classes but I found two that I really enjoy - Rumble Boxing and Rumble Training. Next year I hope to continue keeping a more consistent schedule with these throughout the year vs. waiting until the end of the year to do it.

Another hard lesson that I learned is to diversify my investments better. I was too bullish and didn't consider the implications of having too much tied to a few specific assets. Sadly, like many, I watched as the bubble burst and my portfolios went down just as fast as they were up in the year prior. I wish I could go back and reduce that risk better. Regardless, I still continue to hold for the long term.

Lastly, while I'm certainly blessed to be able to travel and visit new places, I do wish we would have expanded our trips beyond California to other states or countries. We visited new parts of California that we've never been to, but it would have been nice to also travel to other states as well. Next year, we hope to do just that! More countries and more states is the plan.

Last but not least, here's a list of some goals I'm aiming for next year. Life happens and sometimes things don't always go according to plan. But I've learned to be okay with that. I have found more joy in my journey rather than in the destination.

That's it! We'll see how I do when I reflect on this next year. Happy Holidays and Happy New Year! Wishing everyone much success, love, and health in 2023.

"I believe it's so important to love life, enjoy it for its small moments and live without regrets - life is so unpredictable." - Mahesh Manjrekar

P.S. It's also possible other things may happen next year which are not listed here. As I mentioned, sometimes life just happens. So let it happen... 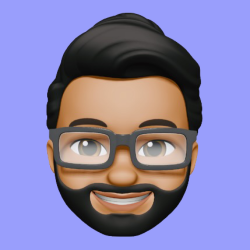